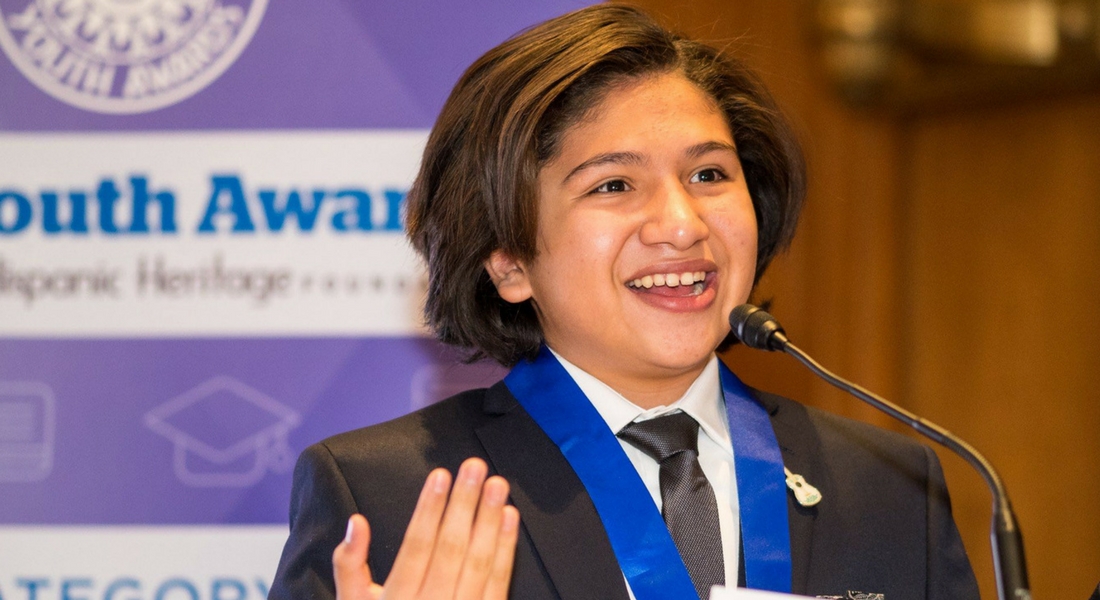 The Hispanic Heritage Foundation (HHF), sponsors, Members of Congress, community and business leaders and national Latino leaders honored Disney/Pixar’s “Coco” star Anthony Gonzalez with the Inspira Award for serving as a source of inspiration for youth. 7 National Youth Awardees were honored in their respective categories and a parent was surprised with the National Parent Award presented by Pearson at our 19th National Youth Awards on Capitol Hill at the Senate Dirksen Building yesterday! Singer and actress Catie Waters performed a special tribute of America the Beautiful.

“Thank you HHF for the honor and for all that you do to promote cultural pride and encouragement in our Latino Community, classrooms and workforce. It’s an incredible honor to receive the Inspira Award! Thank you for inspiring me! A community is the heart of all of us, where we belong together as a result, our love for each other will live on forever in every beat of my proud corazón! I want to express my gratitude to HHF and to all of you that have been helping our nation,” said Anthony.

“Words cannot express how honored I felt giving Anthony Gonzalez HHF’s Inspira Award. He’s truly an inspiration, a leader and a role model to kids and adults all over America and the world, including me,” said Congressman Tony Cardenas, who presented Anthony with the Inspira Award.

Our National Youth Awardees were selected from more than 200 Regional Awardees and more than 10,000 applicants.  Awardees were chosen for their leadership in the classroom and community, receiving this national honor at our nation’s capitol in Washington, DC.