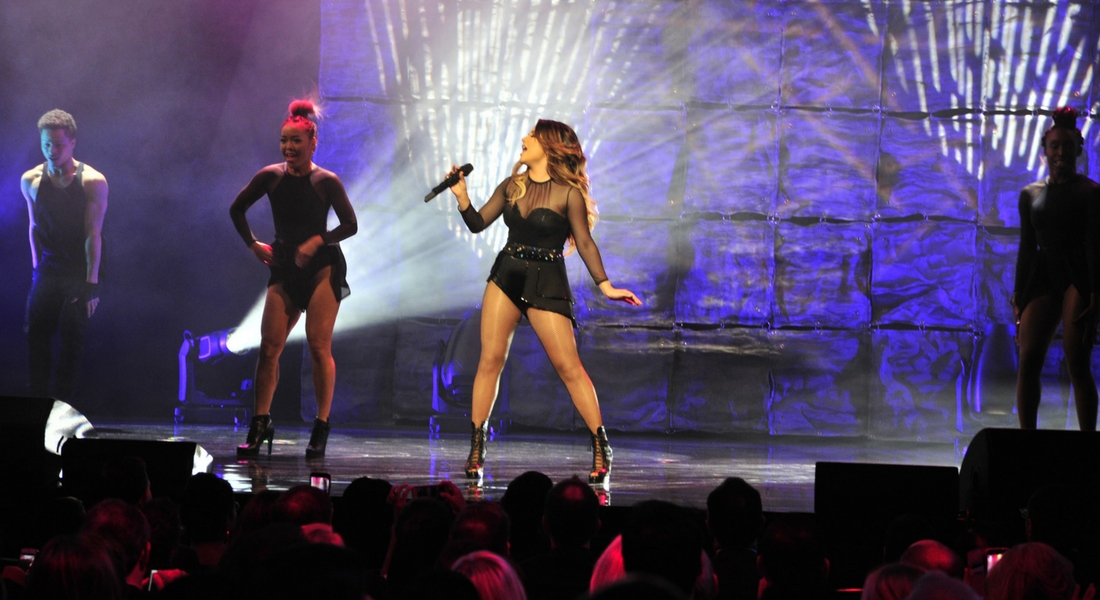 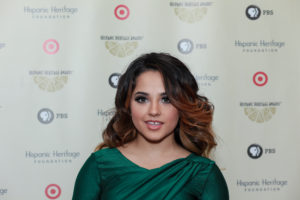 With the 30th anniversary of the Hispanic Heritage Awards (HHA’s) around the corner, we’d like to share with you some of the past honorees and their many accomplishments. HHF honored Becky G in 2015 with the Hispanic Heritage Inspira Award, as a special recognition for serving as a role model for youth in the public eye.

On the day of the 2015 Hispanic Heritage Awards, Becky G’s speech went something like this, “I’d just like to say that first of all it is an honor to be standing here, I think everyone can see by watching the videos that I post of my music and with family, that I am so proud to be Latina, and that comes off so naturally because it is a part of my everyday life. I come from a big Mexican family and they are my everything… I am honored beyond words to be named the Inspira honoree, and I’d like to dedicate this song, “Lovin’ so hard” to my fans.”

Becky G is a Mexican-American singer, rapper, songwriter, and actress from Inglewood, California. She started her passionate music career by posting videos of herself singing covers for songs on YouTube.  It was through this platform where she was discovered by a major record label.  While working on her debut album, Becky G released her first song, “Problem”, featuring the iconic will.i.am.  This song would later be remixed for the Sony Pictures Animation film Hotel Transylvania.  She has also worked with other notable artists, including Cody Simpson and Cher Lloyd.  Her debut single, “Becky from the Block”, was released in 2013, with the music video featuring a cameo from Jennifer Lopez.  “Mayores” is her latest song released this year.

Aside from her music career, Becky G is breaking into the film industry with her starring role in the recent movie, Power Rangers (2017). Becky G inspires many young Latinos with her work.  “I think the most important thing is to know that the possibilities are endless, you are capable of doing so much.  It really is just all at your fingertips and it’s your responsibility to figure out what it is you want to do with it…. You can change people’s lives.” (Becky G)

HHF was honored to present Becky G with the HHA Inspira Award in 2015, reining among the other prestigious honorees that have been honored the past 30 years. The Hispanic Heritage Awards are unique in that celebrities that take the stage along with educators, innovators, community and business leaders, elected officials and others. At the HHA’s celebrities are honored alongside physicians, scientists, educators, innovators, public officials, community and business leaders and even young leaders. Stay tuned as we announce Hispanic Heritage Award honorees and presenters in the weeks to come!