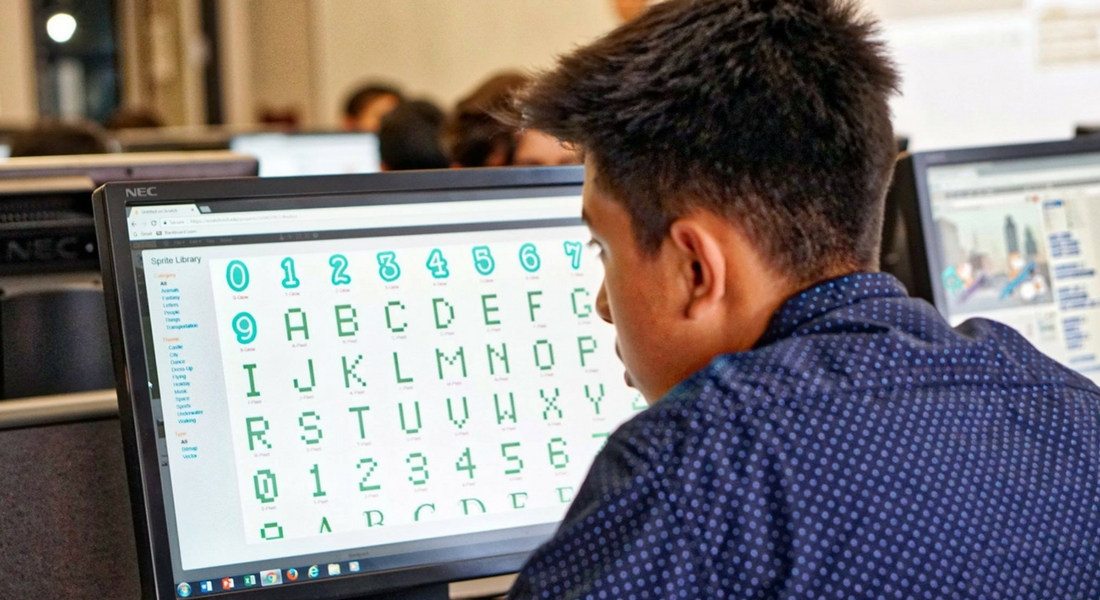 (LOS ANGELES AND MIAMI) – For Computer Science Education Week (CSEdWeek), the Hispanic Heritage Foundation (HHF) will host two CSL Bootcamps featuring Google’s newest CS First coding activity. With support from Google, students at South East High School in Los Angeles and SLAM Miami Middle School will be introduced to coding and will be challenged to use their creativity and imagination to create their own Google logo.

“Computer science can help youth build the skills necessary for success in school, workforce and in life,” said Antonio Tijerino, President and CEO of HHF. “Beyond preparing Latino youth for jobs in the tech industry, which America desperately needs, we also want to promote creativity, innovative thinking, problem-solving, and how to work with others to solve issues. We applaud Google’s leadership and shared vision in this space.”

Computer Science Education Week is an annual program dedicated to inspiring K-12 students to take interest in computer science through Code.org® and supported by 350 partners and 100,000 educators worldwide.

Although there will be a need to fill nearly two million tech jobs by the next five years, Code.org has stated that nearly 90 percent of schools in the U.S. do not teach coding. By 2020, between 1.1-1.4 million tech jobs will need to be filled (currently, 500,000 jobs in tech are unfilled).  Approximately seven out of 10 new jobs over the next decade will be filled by a Latinos, but a very low percentage will be in STEM fields where jobs are most needed. IT jobs will grow 22% through 2020 but only seven percent of computer science grads in America are Latino and, overall, there are only 400,000 current computer science students.

The Hispanic Heritage Foundation is a nonprofit which inspires, prepares, and connects Latinos in the classroom, community, and workforce to meet America’s priorities with a focus on the tech industry.  HHF also promotes cultural pride, accomplishment, and the great promise of the community.  HHF is headquartered in Washington, DC, and Los Angeles with satellite workspaces in New York, Silicon Valley, San Antonio, and Miami (Visit www.HispanicHeritage.org). Follow HHF on Facebook and Twitter.

Welcome to, Transformational Power of Technology, a new series at HHF…