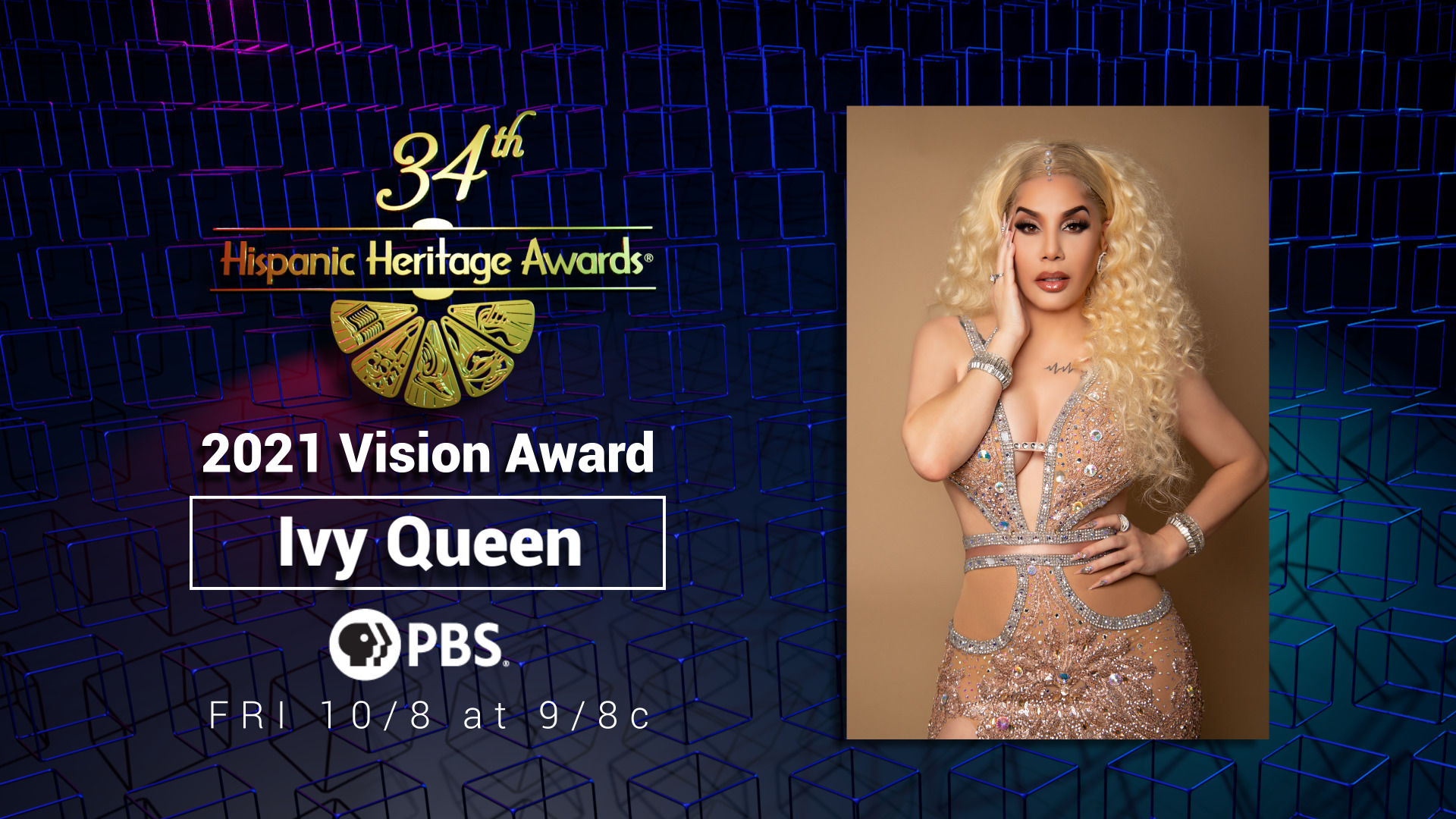 “The Hispanic Heritage Foundation is thrilled to recognize Ivy Queen with the Vision Award,” said Jose Antonio Tijerino, President and CEO of HHF.  “She has been a visionary, bold, groundbreaking artist that has set the table for others, especially women, as the ‘Queen of Reggaetón.’  We look forward to telling her story and paying tribute to Ivy Queen during the Hispanic Heritage Awards on PBS and celebrate Latinx accomplishment, vision, and culture with all of America.”

Born Martha Ivelisse Pesante Rodríguez, Ivy Queen got her start in the underground rap scene of San Juan in 1995. The only woman in the genre at the time, she made a name for herself with her improvisation and lyricism, and soon found herself as the first female member of the Noise, one of the pioneering groups of reggaetón. Growing disillusioned by the vulgar and sexist lyrics of many of her many male contemporaries, Ivy Queen decided to begin a solo career in 1996 – immediately establishing herself as a pioneering force in Puerto Rico’s music scene, while continuing to overcome the many inherent hurdles still in her path. Just as reggaetón itself was building toward the genre’s first global explosion, Ivy Queen delivered her breakthrough third album “DIVA” in 2003, selling more than a million copies, as her single “Yo Quiero Bailar” became an anthem for women’s bodily autonomy, and launched her into the stratosphere.

Since that time, Ivy Queen has remained firmly entrenched as Latin Urban Music’s leading female artist, delivering a constant string of chart-topping and enduring albums and singles that have notched multi-platinum status for her boundary pushing blend of Reggaetón, Dance Hall, Hip-Hop and more. With songs centered on women, love, heartbreak, racism, homosexuality, and socio-political issues, Ivy Queen has been cited as a key influence by many of reggaetón’s leading second generation artists – especially the many young women that have followed through the doors that she first opened. Reinforcing this legacy, Pitchfork hails Ivy Queen as “an ardent lyricist and vocalist, a forceful defender of women, and a torchbearer for reggaetón’s subversive —and commercial—promise.” While Rolling Stone emphatically declares that “Over the last 20 years, Ivy Queen has earned many nicknames: including La Diva, La Caballota or, simply, the Queen. But above all she is the First Lady of reggaetón — no really, the first — and lest anybody forget, she [still] claims her throne”.

The Hispanic Heritage Awards serve as a launch of HHF’s year-round programs focused on education, workforce, social impact through the lens of leadership.   HHF is a 501(c)(3) nonprofit organization.  For more information, visit www.hispanicheritage.org and follow the Hispanic Heritage Foundation on Instagram, Facebook and Twitter.

For more information on the Awards, contact John Reilly at (jreilly@jrprmusic.com)