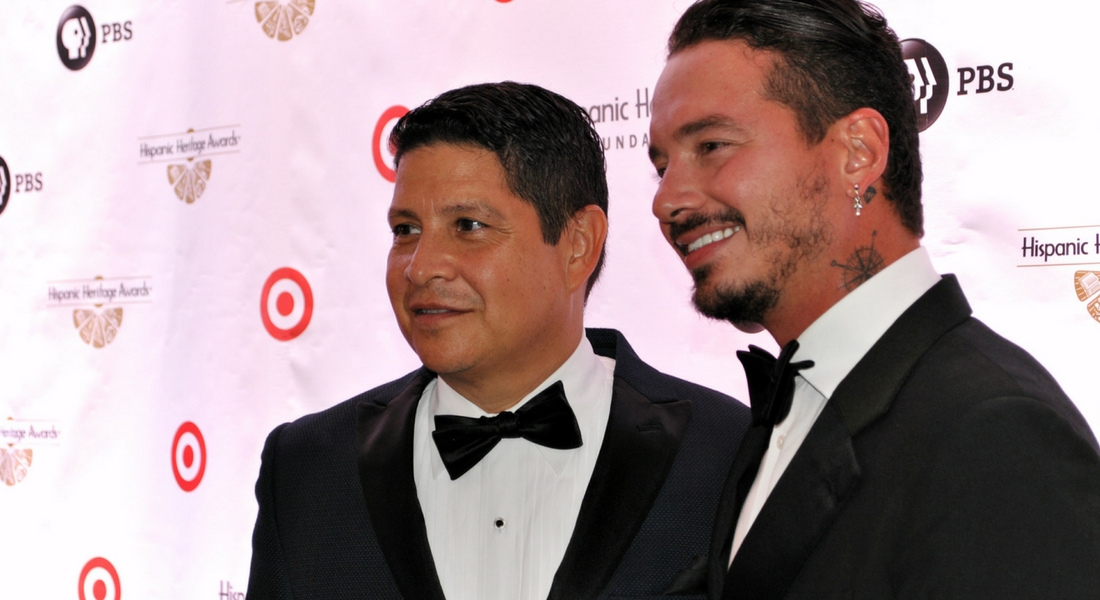 HHF’s Annual Hispanic Heritage Awards are an amazing part of the foundation, a time where the HHF team, top worldwide artists, musicians and influencers come together to celebrate life and honor those accomplishments and contributions of Latino leaders in various fields while celebrating culture.

HHF has had the privilege of honoring incredible leaders the past 29 years, and our 2016 HHA Vision Award Honoree, J Balvin, Columbian reggaetón singer has had a remarkable year to say the least. Within the last two years, J Balvin has had four straight #1 Latin singles, including breaking the record for the longest-ever #1 chart of a song by a single Latin artist.

J Balvin received the Vision Award, and performed an acoustic version of his songs ‘Sigo Extranandote’ and ‘Ginza.’ We are excited that our HHF coverage of J Balvin singing at the HHA’s has just hit 1 million views on YouTube. If you haven’t checked it out, watch this video to see what people experienced at the HHA’s last year.

“The Hispanic Heritage Foundation was proud to honor J Balvin with the Vision Award for serving as a role model to youth while setting the music world on fire with his dynamic talent,” said Antonio Tijerino, President and CEO of the HHF. “The evening was entertaining, meaningful and inspirational.”

Marketing and Communications Strategist at HHF, Cynthia Pleitez said, “Thrilled we hit a million Youtube views! Ultimately I just want all of America to know the beauty and talent Hispanics in America have to offer. I’m here to show the world that we’re not going anywhere and while we’re here our voices will be heard.”

The Awards were established in 1987 by The White House to commemorate the creation of Hispanic Heritage Month in America. The program includes top Latino performers and personalities paying tribute to the honorees from the stage.