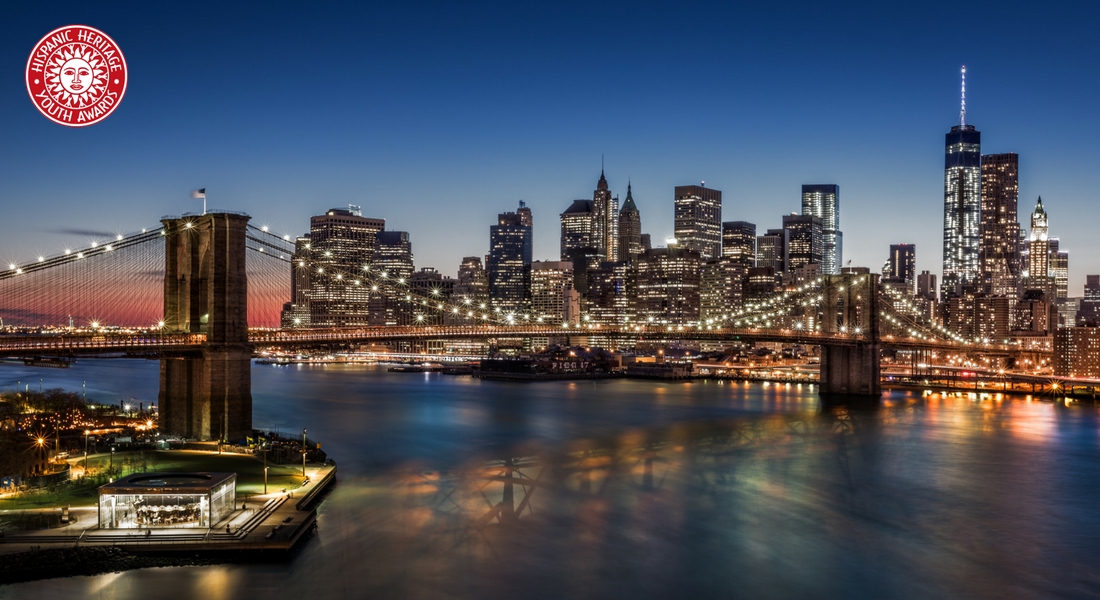 WASHINGTON, D.C. – Today, The Hispanic Heritage Foundation (HHF) announced the recipients of the New York Regional Hispanic Heritage Youth Awards (see names below). Twenty-one local high school seniors will be honored for their leadership in the classroom and community during a ceremony at the New School | Theresa Lang Center | Room 1202 | 56 West 13th St New York, NY 10011 on November 29, 2017 from 6pm to 8pm. In commemoration of the 19th anniversary of the Youth Awards, the ceremony will spotlight past Youth Awardees with special guests in attendance. To follow the Youth Awards Ceremony, use the hashtag #YouthAwards17.

The Youth Awardees will receive grants for their education, or to fund an idea or community project to encourage “actionable leadership,” which is HHF’s call to action.  Recipients will then be mentored by past Youth Awardees as they prepare to attend college and into their careers through HHF’s award-winning Latinos On Fast Track (LOFT) workforce development program. The Youth Awards are taking place in 10 regions across the country with prestigious Hispanic Heritage Youth Awardees selected from thousands of applicants.  The average GPA for the students is nearly a 4.0.

“We are thrilled to honor yet another class of outstanding young Latino leaders from New York who will certainly make an impact on our communities and workforce as they move forward in their careers,” said Antonio Tijerino, President and CEO, HHF.  “We also applaud the vision of our sponsors as they share our focus in supporting what we consider priority fields for America.  We believe these are the young leaders of today, not tomorrow and frankly, we can’t afford to wait.  I will say that after 19 years of Youth Awards, there is no shortage of top, young, Latino talent.”

The Hispanic Heritage Foundation (HHF) will also recognize a parent with the Hispanic Heritage Pearson Parent Award, sponsored by Pearson in honor of the pivotal role parents play in the educational success of Latino youth. Parents are nominated by more than 200 recipients of the prestigious Hispanic Heritage Youth Awards, parent award winners will be announced at the regional ceremonies.

The Hispanic Heritage Foundation – a nonprofit established by the White House in 1987 – inspires, prepares, and connects minority leaders in the classroom, community, and workforce to meet America’s priorities.  HHF also promotes cultural pride, accomplishment, and the great promise of the community through public awareness campaigns seen by millions.  HHF is headquartered in Washington, DC, and Los Angeles with satellite workspaces in New York, Silicon Valley, San Antonio, and Miami (Visit www.HispanicHeritage.org). Follow HHF

The Hispanic Heritage Foundation (HHF) wants you to learn more about…

The Hispanic Heritage Foundation (HHF) launched a Code as a…