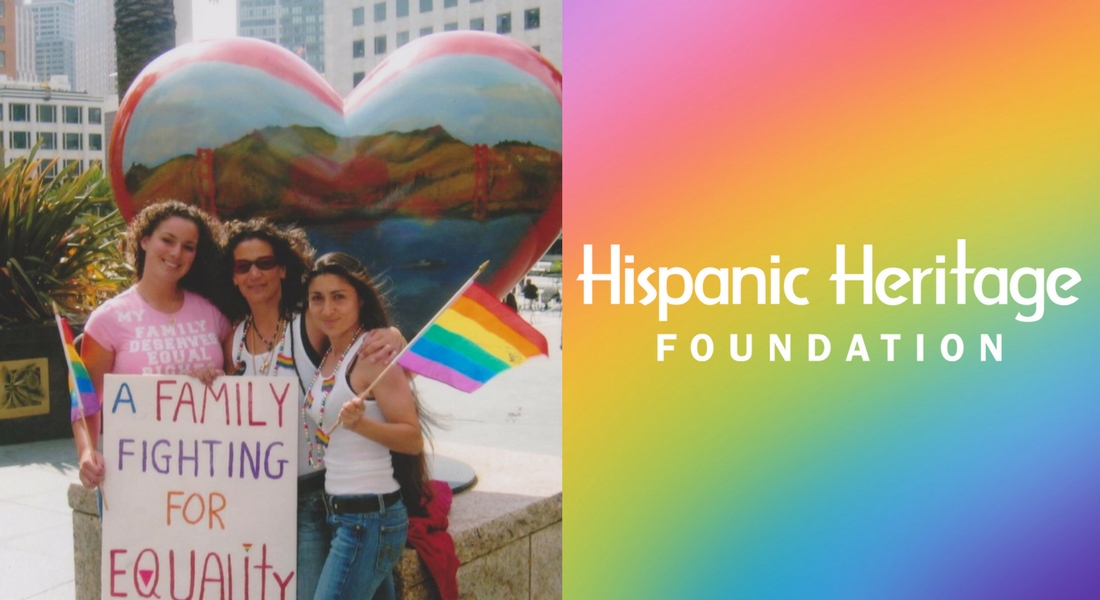 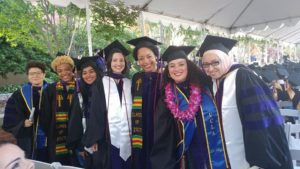 June is a month of celebration for LGBT Pride, a month where a positive stance against discrimination and violence toward lesbian, gay, bisexual and transgender people are celebrated across the country. LGBT Pride month is celebrated each year in the month of June to honor the 1969 Stonewall riots in Manhattan. Celebrations include pride parties, picnics, concerts, among others. This month is one where people feel happy to truly be themselves and let the world know that acceptance and love is needed everywhere. HHF is happy to bring more love into your life, and we introduce you to Marina Gatto, our 2006 National Community Service Youth Awardee.

“I was chosen as the Community Service recipient. I was raised by two lesbian moms, so it was always very important to me to be vocal and open about my family and to do whatever work I could to fight for the rights of the LGBT community and for equal rights for all LGBT people and families.”

Marina grew up with two loving moms, but her family unfortunately faced a lot of discrimination. “My mom always told me to be open and to be proud, because we had so much love and so much pride as a family. We had a pride flag that flew in front of our house, and more times than I can count, that flag was vandalized, torn down, and someone even tried to light it on fire. Our cars were also vandalized, and as a family, we faced a lot of discrimination on a daily basis, and so for me it was really important to be very vocal about my family, and to educate people that we are nothing to be afraid of.”

“With all of the work that I did when I was younger, I always knew that I wanted to get into the legal field. For me, that was just the greatest way to affect change. I just graduated from UCLA School of Law, and although it was challenging, it was a blessing to have that education, because not everyone has the opportunity to pursue higher education.”

Marina has been featured on Nickelodeon’s “My Family is Different,” with Rosie O’Donnell and Linda Ellerbee, “The Today Show” with Katie Couric, Documentaries, “Limited Partnerships,” and “Pursuit of Justice,” and was Cosmogirl Magazine’s Top 10 “Born to Lead Cosmogirls,” in the January 2005 issue, among other accomplishments. 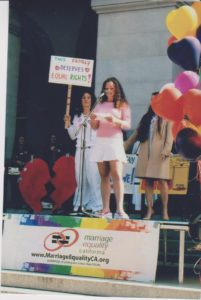 LGBT Pride month is a safe haven for many, and with the help of allies, more people learn about the issues that the country is faced with pertaining to equal rights for everyone. “I think allies are incredibly important. It was always wonderful for me to see politicians that led by example, and that’s an incredible thing for our community. A politician that actually became my godfather, Mark Leno, has always been on the forefront of doing whatever it took to advance equal rights for the LGBT community. Gavin Newsom, who was mayor of San Francisco at the time I first met him, took the bold step of allowing LGBT couples to get married, and my family was first in line on the second day. He is, to me, an example of a true leader, and a hero.”

We had the chance to talk to Marina’s mother, Ramona, who opened up to us about the issues that she faced growing up. “I was born in San Francisco, and my mother was from El Salvador. My father worked in San Francisco and at some point when I was a young child she wanted to move to the Bay area outside of the city, so we moved to San Francisco and grew up in the Mission district. We then moved to San Carlos, and there weren’t any Hispanic people, so we didn’t have a lot of people that we could identify with.  There was a lot of discrimination, we would not be invited to birthday parties, we were looked at as very different. So, I remember going to school and my school told my mom that they wanted to put me in special education classes. They told my mother that she should absolutely not speak to us in Spanish, because that was detriment to us learning and being successful in life.”

Ramona continued to say, “Marina grew up feeling the same way, she came from an LGBT family with two moms, and she also identified as Hispanic. Parents and kids often made her feel not welcome, and different. I understood exactly what she was feeling, for basically the same reasons and even more. We did feel the need for change, and opening people’s perspectives, and letting them know that this community is not as scary as they might have thought it was.”

From former HHF Youth Awardee, to UCLA Law graduate, Marina has been a passionate advocate for the LGBT community, she has years of experience and has taught others how to accept one another. To apply to HHF’s Youth Awards like Marina did, go here!

Youth Awards honors Latino high school seniors who excel in the classroom and community for their focus in various categories including business and entrepreneurship, community service, education, healthcare and science, media and entertainment, science, engineering and mathematics.

For more information on LGBT Pride, check out NOH8 Campaign.