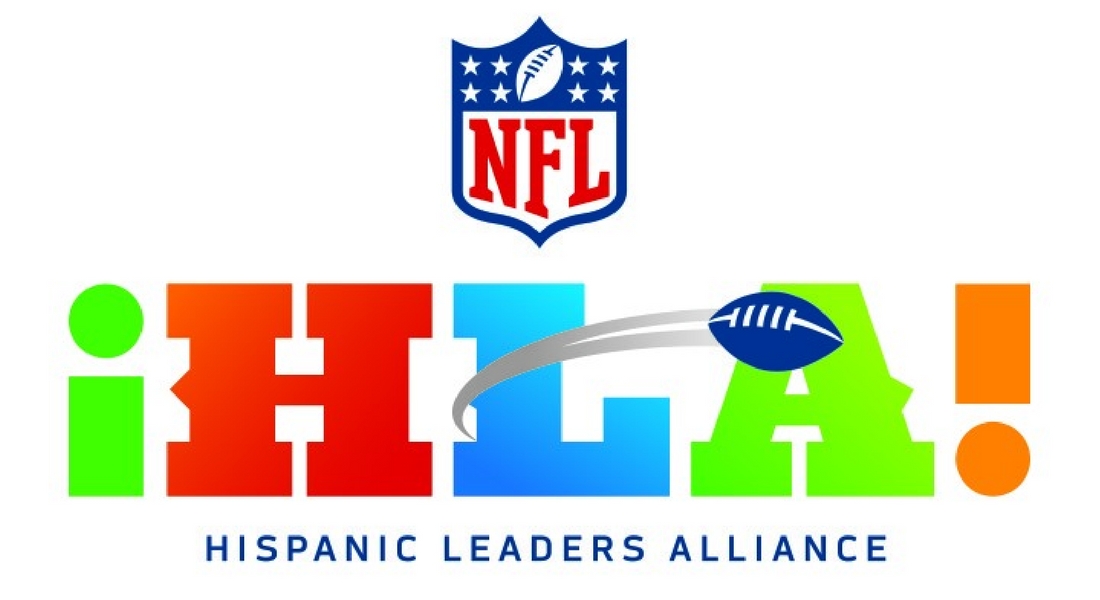 The alliance will feature webinars, events, and continued dialogue to help shape the NFL’s engagement and outreach with the Hispanic community. Together, these groups will work to make a positive and lasting impact on the community.

“The launch of the Hispanic Leaders Alliance signifies a continued commitment by the NFL, the Hispanic Heritage Foundation and Nationwide to connect with and serve Latino communities across the country,” said Dawn Hudson, NFL Chief Marketing Officer.  “We are excited to connect with this network of leaders on a year-round basis and continue to impact the local communities of our 32 teams.”

Since 2011, the NFL and HHF have partnered annually for the NFL Hispanic Heritage Leadership Awards.  In 2017, Nationwide, official sponsor of the NFL, joined the NFL and HHF to recognize the charitable efforts of Hispanic leaders in all 32 NFL markets during Hispanic Heritage Month.  The awards also serve as part of HHF’s award-winning mission to identify, inspire, prepare and position Latino leaders in the classroom, community and workforce.

The awards are granted annually during Hispanic Heritage Month, with each award recipient honored at a game or event in their local NFL market.  Each recipient selects an organization of their choice that serves the local Hispanic community to receive a donation.

To date, more than 200 Hispanic leaders from across the country have been recognized through this program and more than $400,000 have been granted to non-profit organizations.

Nationwide’s partnership with the NFL and support of the Hispanic Heritage Leadership Awards and now the launch of the NFL Hispanic Leaders Alliance is the latest in a series of rich and authentic relationships with the Hispanic community, which include partnerships with Latina Style, the Association of Latino Professionals For America, Prospanica and the United States Hispanic Chamber of Commerce. Nationwide also provides resources, support and service to Hispanic consumers and business owners across the country.

“Nationwide is honored to partner with the NFL and Hispanic Heritage Foundation to support this newly-formed Hispanic Leaders Alliance,” said Mike Boyd, Senior Vice-President of Marketing at Nationwide. “Our sponsorship along with the Hispanic Heritage Leadership Awards align with Nationwide’s goal of partnering with organizations that share our values of improving the lives of others and giving back to their communities.”

“It’s important we not only celebrate these leaders, but we connect them to each other so they can continue their development, share ideas, and be a part of a network that will make an even greater impact on our community across the country,” said Antonio Tijerino, President & CEO of the Hispanic Heritage Foundation. “We are proud to partner with the NFL and Nationwide to create the NFL Hispanic Leaders Alliance and build further the works we’re doing in the NFL’s 32 markets.”

Nationwide, a Fortune 100 company based in Columbus, Ohio, is one of the largest and strongest diversified insurance and financial services organizations in the U.S. and is rated A+ by both A.M. Best and Standard & Poor’s. The company provides a full range of insurance and financial services, including auto, commercial, homeowners, farm and life insurance; public and private sector retirement plans, annuities and mutual funds; banking and mortgages; excess & surplus, specialty and surety; pet, motorcycle and boat insurance. For more information, visit www.nationwide.com.

Nationwide, Nationwide is on your side and the Nationwide N and Eagle are service marks of Nationwide Mutual Insurance Company.

The Hispanic Heritage Foundation inspires, prepares, and connects Latinos in the classroom, community, and workforce across America.  HHF also promotes cultural pride, accomplishment, and the great promise of the community through public awareness campaigns seen by millions.  HHF is headquartered in Washington, DC, and Los Angeles with satellite workspaces in New York, Silicon Valley, San Antonio, and Miami (Visit www.HispanicHeritage.org ). Follow HHF on Facebook and Twitter.