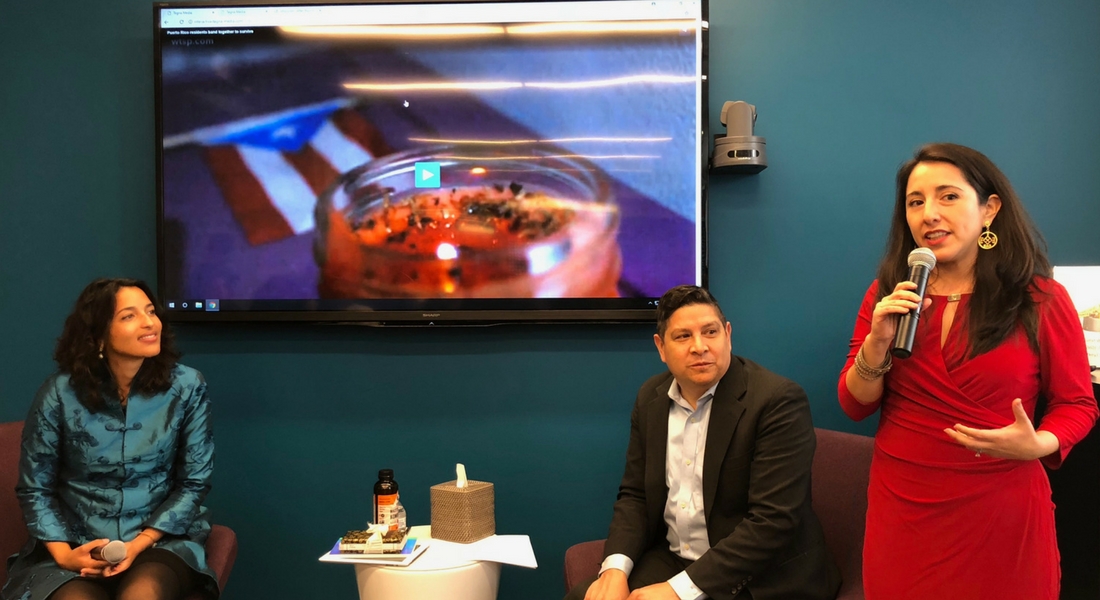 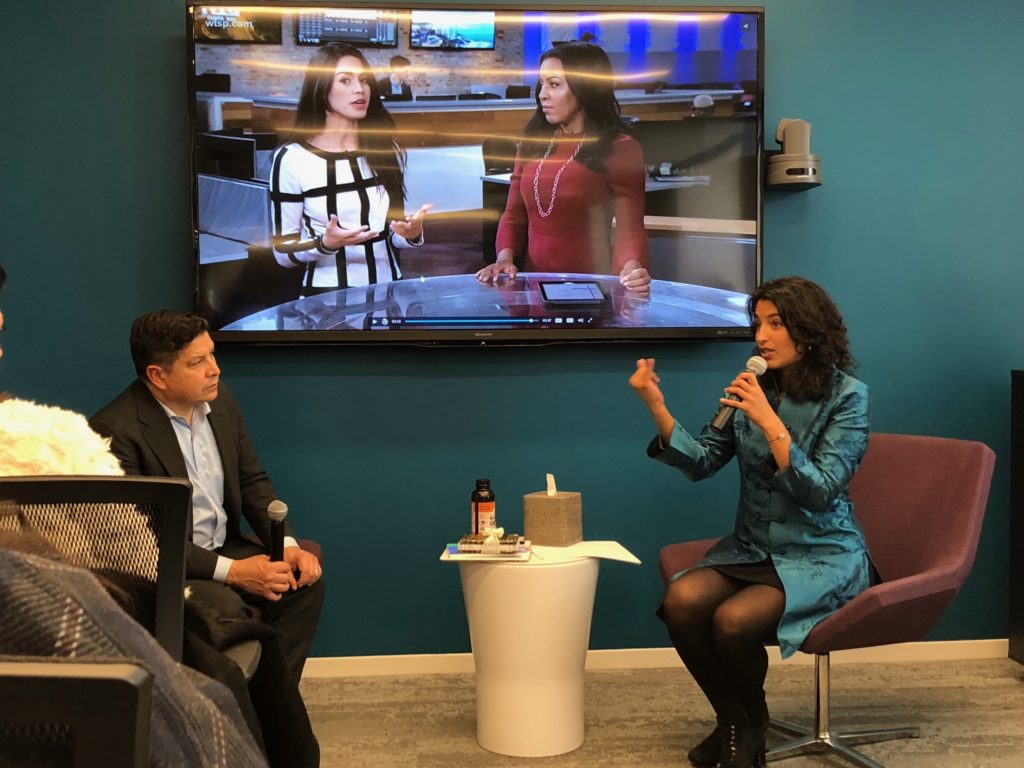 Christine Nieves, who is part of HHF’s LOFT Network, returned to support her native Puerto Rico during the financial crisis after graduating from the University of Pennsylvania and Oxford University, and enjoying a rising career path. Six months later, Christine was living in the region hit by the eye of Hurricane Maria when it was a Category 5.

Two weeks after impact, she focused on galvanizing the community of Mariana (located in the mountainous region of Humacao and Yabucoa, mostly forgotten by emergency response which focused on other parts of the island). Christine led the conversation along with HHF’s President and CEO, Antonio Tijerino.

The talk focused on Emerge Puerto Rico, Christine answered questions about the state of the island in the rural areas and the proud survivors who will rebuild and reenergize for a stronger Puerto Rico! HHF will also present a program with Ralph’s in coordination with Christine to transport food, medical supplies and toys to Puerto Rico along with a volunteer effort to support Emerge Puerto Rico.

“How would you feel if you had no hope? It’s been 5 months of darkness, of no electricity and so we want to have build that hope,” said Antonio.

“One thing that didn’t collapse was invisible infrastructure, everything else collapsed. Power lines, electricity, water, but it was the people knowing each other and knowing what they’re good at, where they came together and decided, “maybe we can do something without electricity and water.” It was those connections among people that helped us put together Proyecto Puerto Rico which continues even this morning as I was walking here today,” said Christine.

#Power4PuertoRico is a coalition of organizations, leaders and advocates from across the nation working together to address the devastation caused by Hurricane Maria. Through advocacy, strategic communications and direct mobilization #Power4PuertoRico is calling on Congress and the Administration to adopt an ambitious, new agenda that will put Puerto Rico’s economy on the road to future growth and prosperity.

HHF Announces the Honorees, Hosts and Performers for the 31st Hispanic Heritage Awards

The Hispanic Heritage Foundation Announces The Honorees, Hosts And Performers…

HISPANIC HERITAGE FOUNDATION AND THE U.S. ARMY TO HOST LATINOS ON FAST…