Washington, DC – The Hispanic Heritage Foundation’s (HHF) 33rd Hispanic Heritage Awards, presented by Target, premiered October 6th on PBS stations is now available to stream at: https://www.pbs.org/show/hispanic-heritage-awards/. The historic program, which was created by the White House in 1988 to commemorate the establishment of Hispanic Heritage Month in America, is among the highest honors by Latinos for Latinos and supported by 40 national Hispanic-serving institutions. 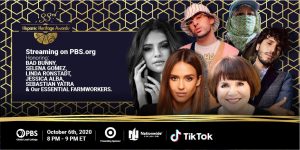 As Well As Performance Segments From: SEBASTIÁN YATRA, SECH,

“The Hispanic Heritage Foundation and I are so incredibly privileged to be able to highlight the tremendous value proposition Latinos provide America as well as our rich culture, powerful diversity and actionable social conscious during these difficult times,” said Antonio Tijerino, President and CEO, HHF.  “We are grateful to PBS, our sponsors, and our inspirational 2020 Hispanic Heritage Awardees and dynamic performers for representing the vision, resilience and united commitment it will take to move forward as a community, as a country and as planet.  It was much more than a celebration.  Now the work continues …” 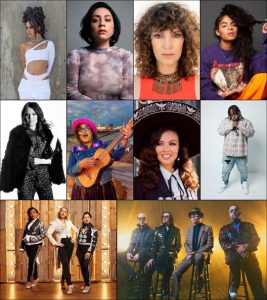 “Selena Gomez accepts Hispanic Heritage Arts Award: ‘To be a voice in the community means a lot’” – Good Morning America