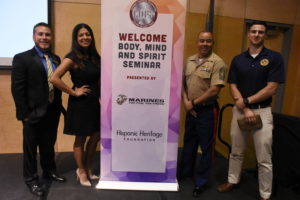 The Seminar in New Orleans took place at Tulane University, and at Mills College in Oakland! Local high schools attended the seminars to learn more about the importance of one’s well-being, and how achieving a balance of body, mind and spirit is key to current and future success.

“I think it is great to see so much Latino potential in the room, they are going to be the future leaders. We have to keep having events like this where they bring in professionals and other people who have already traveled their journey, because I think for Latinos and Latinas they need to feel that the people that are talking to them can speak to their current situation,” said Rosie Zepeda, Oakland panelist. 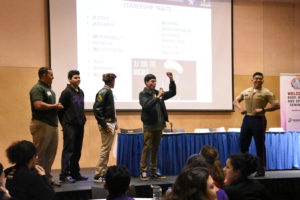 The students were inspired by the panelists and their personal stories, and were excited to hear how they became success stories. “I really wanted to encourage the young people in the room that once they make it, they have to pull up other Latinos, it is so important. The number one way to fight adversity is success,” said Rosie.

To learn more about Body, Mind and Spirit Seminars go here! HHF is hosting the last Seminar in Detroit on May 2nd at Wayne State University!

#Masks4Migrants campaign launches in advance of International Women’s Day by empowering indigenous women in Guatemala to produce 20,000 face masks for migrant families at the U.S. border