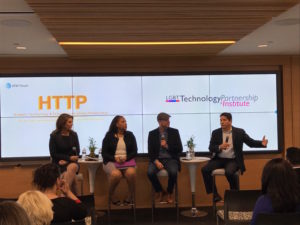 The advancement of positive change for minority communities through collaborative discussions, highlighting potential solutions is a key goal of Moving the Conversation forward.

Addressing the lack of access to technology was important to Antonio as it spearheads the work of The Foundation and it’s affects on families. “The teachers that we surveyed said that Latino parents were the most difficult to reach and the  number one reason wasn’t language, it was access to technology.”