LOS ANGELES–H Code, the leader in digital advertising for the US Hispanic market, has been named by the Hispanic Heritage Foundation (HHF), a non-profit dedicated to increasing the number of Latino leaders in society, as HHF’s new digital media and integrated marketing arm. 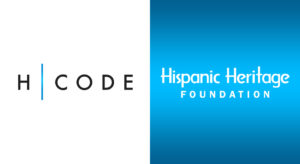 Parker Morse, CEO and founder of H Code stated, “We are thrilled to partner with the Hispanic Heritage Foundation, which shares with H Code a vision to educate and empower young Latinos. Together with HHF, we will put a spotlight on its tremendous civic efforts as well as the exciting events they are part of, which is exactly the kind of authentic and relevant content that advertisers want to leverage in order to engage with US Hispanics in a organic and meaningful way.”

José Antonio Tijerino, Hispanic Heritage Foundation’s President stated, “H Code bridges the gap between HHF’s mission and the 56 million Hispanics living in the US. We are excited to expand our reach among US Hispanics, as well as the positive and lasting impact our new collaboration with H Code will make on the Latino community.”

“Hispanic Heritage Foundation has partnered with H Code to better measure its impact, and to broaden its reach in a precise manner using tested, data-driven campaigns that will leverage our 300+ publisher partners and over 20 million unique monthly users,” said Tony Gonzalez, President of H Code. “HHF will be more effective in executing its mission in the areas of leadership, education, culture, and workforce development.”

H Code also plans to leverage its robust influencer network and its engaging, high-impact creative to raise awareness and drive traffic to all of HHF’s initiatives and events throughout 2018 and beyond, including Hispanic Heritage Month, the award-winning LOFT leadership and workforce development program, and the star-studded Hispanic Heritage Awards.

H Code is the leading digital advertising platform reaching US Hispanic consumers at scale. The Company was formed to better connect brands and advertisers with US Hispanics online. It reaches this niche audience by bringing together targetable data, the right inventory and impactful creative. Through H Code’s platform brands can more effectively reach US Hispanics than any other organization in the marketplace. Key clients include Target, Chase, McDonald’s, Live Nation, Kaiser Permanente, and Lincoln. H Code Media was founded in 2015.

The Hispanic Heritage Foundation (HHF) has many programs that help…

CENTURY 21 REAL ESTATE, IN PARTNERSHIP WITH THE HISPANIC HERITAGE…