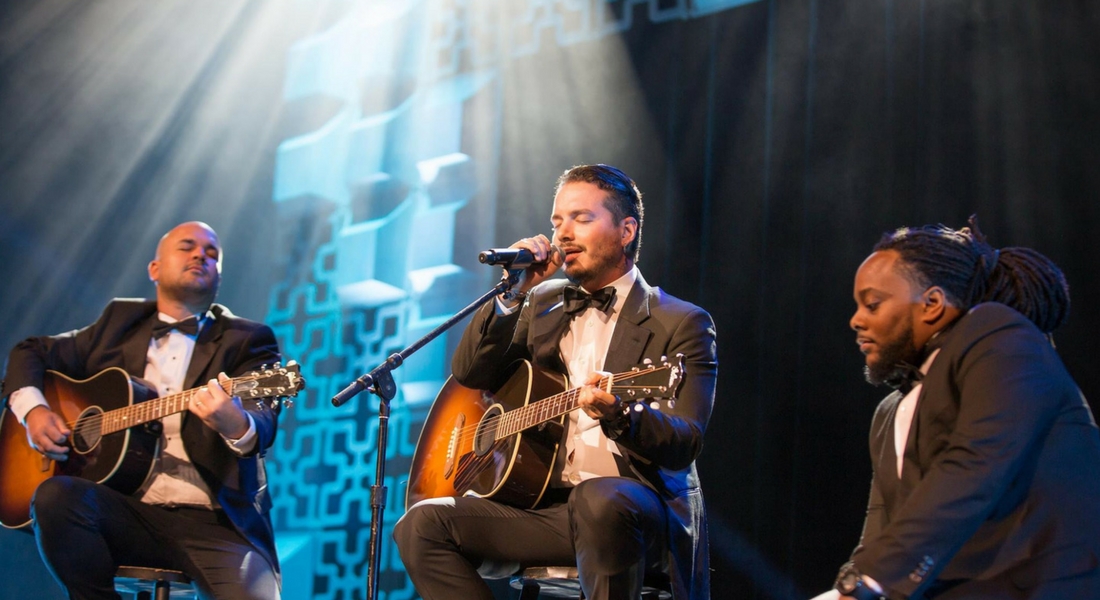 WASHINGTON, DC – The Hispanic Heritage Foundation (HHF) announced today that singer J Balvin will receive the Vision Award and perform at the 29th Annual Hispanic Heritage Awards, which will take place on September 22nd at the Historic Warner Theatre. J Balvin will join Supreme Court Justice Sonia Sotomayor, author Junot Díaz, and actress/singer Angélica María as recipients of one of the highest honors by Latinos for Latinos and supported by 40 national Hispanic-serving institutions that co-host the program.

The Awards were established in 1987 by The White House to commemorate the creation of Hispanic Heritage Month in America. The program will include top Latino performers and personalities paying tribute to the honorees from the stage. The Awards recognize the contributions and accomplishments of Latino leaders in various fields while celebrating cultural pride and the great promise to America.  Additional awardees will be announced in the coming weeks.

Within just the last two years, José Álvaro Osorio Balvin, better known to a legion of global fans as J BALVIN, has notched four straight #1 Latin singles, including breaking the record for the longest-ever #1 chart-run of a song by a single Latin artist. Hailed by Billboard as “the biggest breakout act Latin music has seen in many years,” J Balvin’s distinctive sound has also resulted in garnering “Artist of the Year” recognition at Premios Lo Nuestro, and the Latin Grammy Award for Best Urban Artist. He has broken numerous video view and streaming records for Latin music, and has been featured on multiple collaborations – ranging from Major Lazer to Justin Bieber.  The Colombian star has become the undeniable leader of a second-generation Reggaeton revolution propelling Urban music back to the forefront of Latin music worldwide.

As he promised via social media, J Balvin took his fans inside the creative journey, and took Reggaeton to a ‘new level’ of global recognition, with the recent release of his new album ENERGIA. Produced by SKY and mixed by MOSTLY- containing songs co-written By J BALVIN, BULL NENE, SKY, MOSTY and POO BEAR, the release was already a landmark solely on the record-breaking accomplishments of advance #1 singles “Ginza” and “Bobo.” ENERGIA also sees new collaborations with JUANES, DADDY YANKEE, FUEGO, YANDEL, DVLP, MLKMN (visuals), and the already quickly embraced “SAFARI” featuring PHARRELL & BIA – with Pharrell not only helming production, but also singing in Spanish.  Upon its release, ENERGIA debuted at #1 on the iTunes charts in 16 different countries, and lead-off Billboard’s recent critic’s picks for “The Best Albums of 2016 (So Far)”- followed by Drake’s VIEWS, Beyoncé’s LEMONADE, Rihanna’s ANTI and more.

The Hispanic Heritage Awards serve as a launch of HHF’s year-round, award-winning programs which inspire, prepare and connect Latino leaders in the classroom, community and workforce to meet America’s needs in priority fields.  HHF is a 501(c)(3) nonprofit organization. For more information on the mission of HHF visit www.hispanicheritage.org.

For more information on the 2016 Hispanic Heritage Awards or to request media credentials,

The Hispanic Heritage Foundation (HHF) will host the 18th Annual…

The Hispanic Heritage Foundation (HHF) and their sponsors hosted the…