The NFL and Ozuna are partnering with the HHF to recognize Latinx youth who have contributed to the sports and fitness arenas.  Winners of the recognition applying from all 50 states plus Puerto Rico and Washington, DC, will be announced later this NFL season and receive grants in support of their college education and/or to enhance their community service efforts.  NFL teams in all 32 markets will spread the word and encourage local nominations, and the League’s national advertising will likewise drive awareness of this opportunity.  Nomination and sign-up are available at NFL.com/PorLaCultura.

During Latinx Heritage Month, NFL teams and HHF will highlight past Youth Awardees as role models during in-game ceremonies.

As a proud Puerto Rican/Dominican who is one of the biggest names in music, and one of the best-selling Latin music artists of all time, the NFL elected to work with Ozuna for his embodiment of Latinx culture. With five chart-topping studio albums and almost one billion-view videos on YouTube, Ozuna is an innovator in music, movies, art, fashion and more. In 2019, Ozuna was named in Time Magazine’s 100 most influential people in the world.  His drive for excellence and inclusivity, and his shared values with the NFL, will help inspire Latinx youth and bring the sport of football to a broader audience. 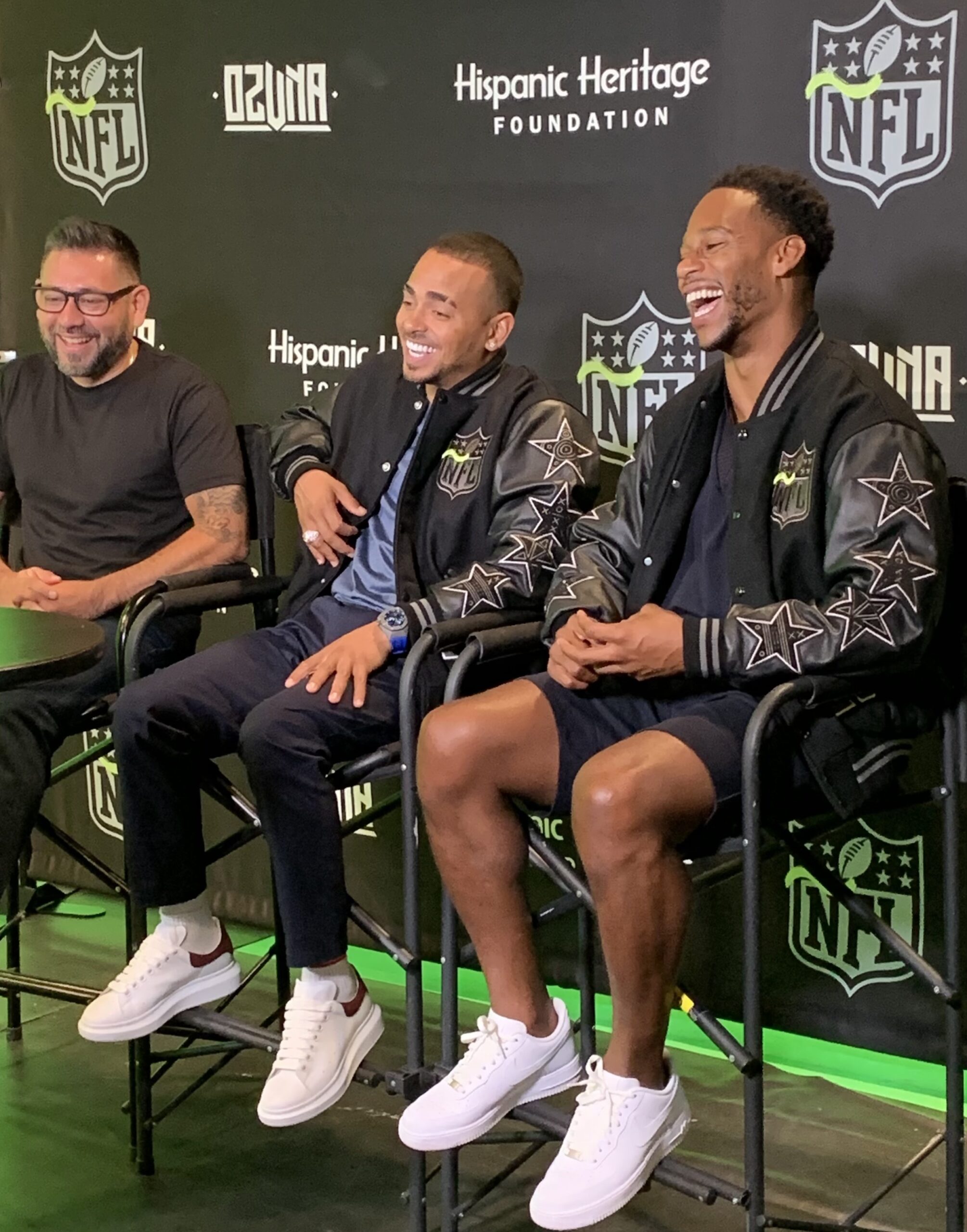 ABOUT THE NFL & HHF

The NFL and HHF have partnered to support this year’s Youth Award in the Sports & Fitness category.  About 300 Youth Awardees are selected annually from 33,000 applications from all 50 states plus Puerto Rico and Washington, DC.  HHF and the NFL will honor Latino high school seniors who excel in the classroom and community for their excellence in various categories including.  Through the partnership with the HHF, gold, silver and bronze awards will be distributed for the Youth Sports & Fitness category along with the other nine sectors.  Youth Awardees will receive a grant to fund their college education or to fund a community service effort that tackles a social issue.

Subsequently, 10 cohorts of 30 across the sectors or “tracks” – including the NFL’s Sports & Fitness – will be funneled into the LOFT (Latinx On Fast Track) Institute for leadership training tailored to their area of focus.

These efforts are part of the NFL’s momentum to utilize the league’s platform and amplification power to celebrate Latinx communities. Elevating and supporting the efforts of youth in the community is a focus for the launch of the Por La Cultura initiative.