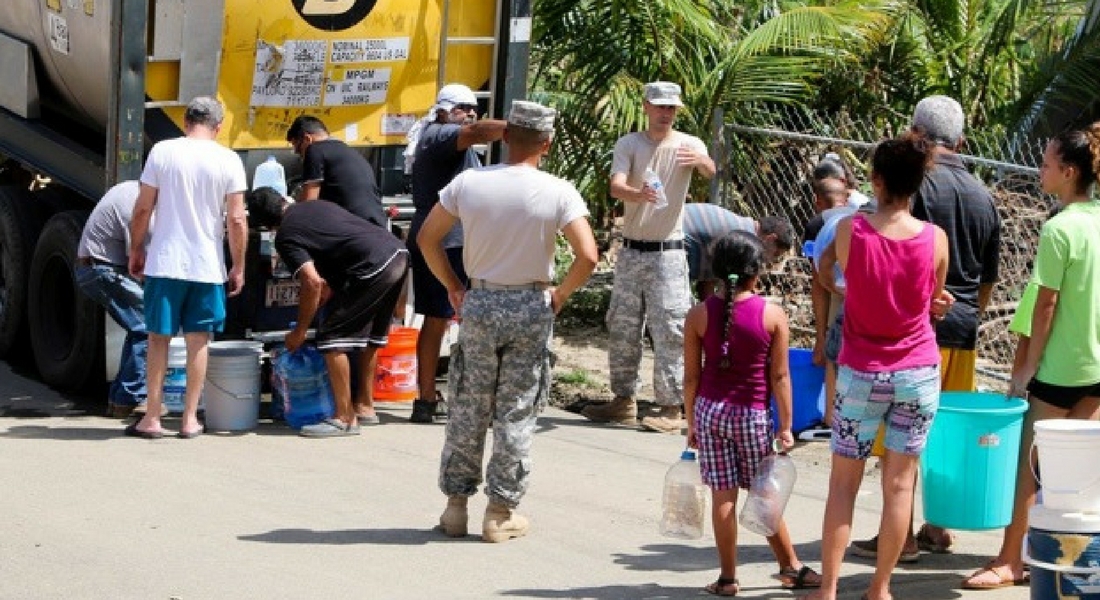 LinkedIn
Hispanic Heritage Foundation Statement on Hurricane Maria’s devastation of Puerto Rico
The Hispanic Heritage Foundation (HHF) is appalled with the slow response to the catastrophic situation in Puerto Rico which is now a humanitarian crisis.  PUERTO RICO NEEDS HELP URGENTLY!  Not tomorrow, not in a week, not in a month, RIGHT THIS MINUTE.  More than 3 million Americans – yes Puerto Ricans on the island ARE Americans despite nearly half of US citizens not realizing that fact – are trying to survive hour-to-hour without electricity, adequate food, clean water, and if that wasn’t enough to overcome – battling looters.  It’s reported 80 percent of the island’s natural resources have been devastated and 95 percent of the cellphone towers are down which impedes calls and responses for help.  It’s estimated that Puerto Rico’s 3.4 million residents will be without power for more than six months which means having to count on generators, no air conditioning in the tropical heat, electric pumps not being able to bring running water into people’s homes, and other long-term challenges.  The current grave situation is deteriorating every passing moment with desperately-needed medical supplies running out (a doctor said his hospital had 24-hours-worth of supplies before they have to shut down).  Even when there much-needed supplies make it on the island, because of the devastation to the roads, they are not able to be delivered.
Our community has been galvanized by Puerto Rico as we were in response to the natural disasters in Texas, Florida, and Mexico.  We have prayed, raised money, donated supplies, and even offered to volunteer on the island but because of the damage to infrastructure like airports, roads and ports – making an impact has been frustrating and makes a more forceful government response critical.
The proud American citizens living in Puerto Rico deserve the same swift and powerful response to the recent natural disasters in Texas, Florida and other regions of the US.   We applaud the tireless work of FEMA workers who have nobly delivered 1.5-million meals, 1.1-million liters of water, nearly 300 infant and toddler kits, and nearly 12,000 emergency roofing kits but it’s obvious that there needs to be an even more robust response to meet the unprecedented scale of devastation suffered by Puerto Rico.
We urge Congress and The White House to act urgently and mightily.