March is Women’s History Month, el Mes de la Mujer and the Hispanic Heritage Foundation (HHF) supports the accomplishments of powerful women, our past Hispanic Heritage Award (HHA) honorees who have had the great privilege of standing on our HHA stage, their leadership shining through in their perspectives and voices for the whole world to see.

On March 8th women around the world celebrated International Women’s Day, a day where women reflected on progress made, improvements that are missing in the workspace and the acts of courage of those women who have played a vital role in history for women’s rights.

Earlier this year, the TIME’S UP movement dialed the world into a unified call for change from women in all fields, not only women in the entertainment industry. On January 1, 2018, women everywhere opened up about their own encounters, injustices and the movement has not lost any momentum. Supporters of the TIMES UP movement on the red carpet included Salma Hayak, America Ferrera and HHF’s very own, Eva Longoria. 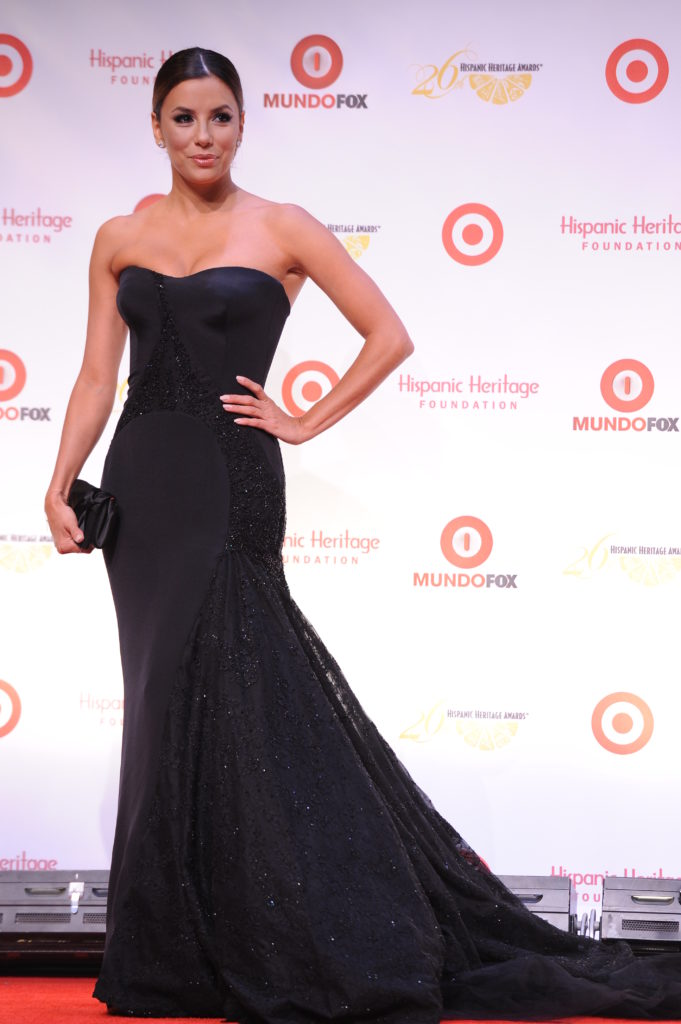 HHA Community Service Award Honoree, Eva Longoria has been an incredible role model to young Latinas and women. The HHA’s are considered among the highest honors for Hispanics by Hispanics and top Latino performers/ personalities pay tribute to the honorees from the stage. HHA’s were established in 1987 by President Ronald Reagan to commemorate the creation of Hispanic Heritage Month in America.

On International Women’s Day, our HHA Honoree and soon mother to be, Eva Longoria, shared an insightful statement on her Instagram.

“We have this wonderful wave of future feminists coming into this world with a different view of what this global community we live in should look like. I am so excited that I am having a boy because I think the world needs more good men. This boy, my son will be surrounded by very strong, educated, powerful women and I think it’s important that he sees those types of role models in his life so he knows how to support it, how to applaud it and how to honor it,” said Eva.

Eva Longoria is Mexican- American, born to Mexican-American (Tejano) parents in the South Texas region. Eva’s successful career truly speaks for itself, she is an actress, producer and New York Times bestselling author of Eva’s Kitchen. Adding philanthropist to the list, Eva founded the Eva Longoria Foundation in 2012 to help Latinas build better futures and careers for their themselves and families through education and entrepreneurship.

“The growing Latina population is an untapped resource in this country. If we give Latinas the tools to unlock their potential, we will see amazing results,” said Eva.

Women’s History Month is our chance to honor the women who have served as an inspiration to other Latinas in the community by doing good, genuine work. Here’s to learning and appreciating the stories of powerful women all month long! Thank you, Eva Longoria, for your leadership! This month supports the accomplishments of women in the public eye and the everyday heroes who deserve their own spotlight too.

Learn more about our Hispanic Heritage Awards and our past honorees here!

The Hispanic Heritage Foundation (HHF) welcomed students from the Ivy…